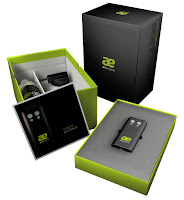 The exceptional customer service supporting its unique ArcEquine microcurrent unit is to be enhanced further by manufacturer Applied Microcurrent Technology (AMT) with the ground-breaking launch of a new network of highly skilled product Ambassadors.

Over £1,000,000 and 23,000 hours of product development in the technologically advanced ArcEquine unit have resulted in what is the smallest, wide spectrum microcurrent device in the world. Drug free, non-invasive and easy to use, it rapidly reduces swelling, bruising, inflammation and pain, stimulating tissue regeneration and repair across a wide spectrum of equine injuries.

Having quickly gained global credibility with elite riders and their expert advisors in 14 different countries, the next phase of the company’s meteoric growth will include the roll-out of what CEO Peter Clayton describes as; “a ground-breaking new business service”.

He explains; “Our Ambassador concept will enable equine healthcare professionals and the equine supply chain to offer additional services to horseowners resulting from opportunities that will deliver new revenue streams and healthy margins to their businesses. ArcEquine Ambassadors will have expertise in the technology behind the ArcEquine and its practical use by horseowners, along with skills to support equine trade and healthcare professionals in developing both proficiency in its application and associated growth in their businesses. As a team, they herald a completely new level of customer service for the equine industry that will rival well-known global consumer brands.” 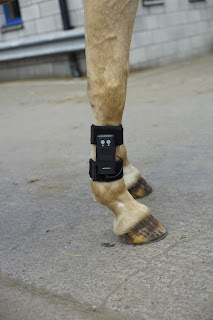 The first ArcEquine Ambassadors have been appointed and are already working with equine vets, physiotherapists, chiropractors, farriers, tack shops, rehabilitation centres and trainers to help them bring the benefits of ArcEquine microcurrent therapy to their clients and also their businesses.


Further Ambassador appointments will follow in coming weeks and months to support the accelerating growth in trade relationships.

Anyone interested in the opportunities at any level should contact AMT’s Head Office on 01580 755504.
Posted by Unknown at 13:05 No comments:

Applied Microcurrent Technology’s (AMT) ArcEquine unit is the result of an £850,000 nine-year programme of research and development and the company’s proven expertise in the equine sector has resulted in acceptance of two peer-reviewed articles for publication by the Journal of Equine Veterinary Science.

‘Equine Hoof Management and the Client-Farrier Relationship in the UK’ discusses the prevalence of hoof health problems over a 5-year period, the importance of the farrier-veterinarian relationship and the impact of nutrition. The data concludes that the owner-reported frequency of hoof abnormalities is significantly higher than reported in previous studies, suggesting an encouraging increase in owner awareness, whilst highlighting the need for further research and collaboration amongst professionals to further optimise hoof health.

‘Examining Attitudes Towards Equine Complementary Therapies for the Treatment of Musculoskeletal Injuries’ considers causes of career-ending injuries amongst equine athletes and assesses the usage and perceived efficacy of complementary and alternative veterinary medicine (CAVM). This includes a variety of diagnostic and therapeutic treatments increasingly used by owners with the expectation of facilitating complete healing and enhanced recovery rates. Data suggests owners are highly influenced by their veterinarian and concludes that further randomised, controlled research trials will support increased adoption of effective treatment modalities.

Authored by AMT Director of Research & Development, Jack Thirkell and Rebecca Hyland, these peer reviewed articles report two of a number of research projects currently being funded by the company. Jack Thirkell explains; “We have an ongoing programme of research exploring different therapeutic applications of microcurrent technology, both in the laboratory and in the field. We will be sharing more of our findings in coming months and are looking forward to working more closely with equine vets and allied healthcare practitioners.”

Bitesizes - Bite 2 - The Physical and the Psychological


Since beginning to research the use of microcurrent technology in 2002, the Arc team has collaborated with a leading Professor of Psychiatry, a specialist in ‘trauma’ and probably the leading European authority on post traumatic stress disorder (PTSD). Lessons learned from him over the years now form the foundations for Arc’s integrated Treatment and Rehabilitation Protocols.
From physiological, biological and psychological viewpoints, the Professor explains why it is that:
Understanding and accepting this philosophy, which describes the complex inter-relationship and inextricable link between the physical and the psychological, is likely to be why the use of ArcEquine microcurrent technology is so successful. Its effectiveness is now well proven, even in ‘no hope’ cases where all else has failed and in cases where there is no definitive diagnosis.
Posted by Unknown at 11:10 No comments:

In amongst all that, Georgina and Joe also qualified for the Pony Club Open Dressage at the Championships as individuals and finished 5th in their arena, following it up with a 5th in the Elite dressage competition too, riding the British Dressage Medium 73 test.
Following the Pony Club Championships they went on to do their first British Eventing novice together at Richmond and finished well for a first run with a qualifying score towards the BENu18 Championships for next year.
I never thought Joe would become a Pony Club boy, let alone go to the National Championships and put Georgina on the podium but he loved his week in Cheshire.  It was great compensation for the loss of my Badminton run but I think I may have to let Georgina continue to event him for me as she's doing such a great job!
Looking back, we had exhausted all further veterinary options, although our vets were supportive of my use of the ArcEquine unit and I do swear by it for his recovery. It would be interesting to re-do the MRI scan and see the ligaments now, as when I ride Joe he feels like a very, very different horse and he can use himself in a completely different way, producing power and hence able to work much better in every discipline, as he’s proved this season.

To find out more and to purchase an ArcEquine, visit www.arcequine.com and join in the conversations on social media.
Posted by Unknown at 20:58 No comments:

5 Things You May Not Know About Microcurrent Therapy

As more riders become aware of the benefits of ArcEquine’s unique microcurrent therapy, there might still be some things you don’t yet know about this cutting-edge technology, so here are just five key facts to get you up to speed ...

1.       ArcEquine microcurrent therapy works throughout the whole body, so rotating the ArcEquine unit around the horse’s legs for each daily, three-hour treatment will help treat all injuries, in all types of tissue, wherever they are on the horse.

2.       Drug-free, non-invasive and easy to use, the pocket-sized ArcEquine unit uses sub-sensory microcurrents that are not ‘felt’ by the horse.

3.       ArcEquine units are used by a growing number of leading international riders, for whom the technology is becoming their ‘secret weapon’ in the quest for improved performance and competition results.

4.       Increasingly recommended by equine vets as an effective treatment modality, both as a stand-alone and as an adjunct to other treatments, ArcEquine offers support and free advice to all customers.

5.       ArcEquine is equally effective at prevention, as it will facilitate healing of minor niggles before they develop into major injuries and also supports faster recovery after strenuous training and competition workloads.

Everyone is talking about ArcEquine and now you’ll be able to confidently join the discussions. 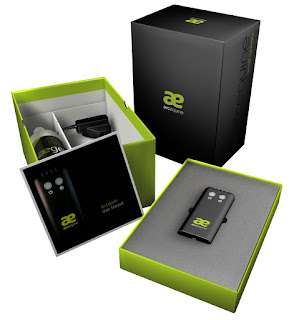 A complete ArcEquine kit contains everything you need to get started and costs £449.99 (+p&p) from the secure online store at www.arcequine.com or by contacting the office on 01580 755504. 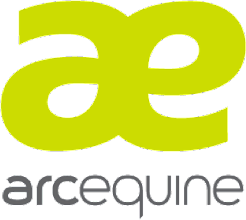 What would you like to see more of in our blog?